How Much Is A Cavalier King Charles Spaniel? 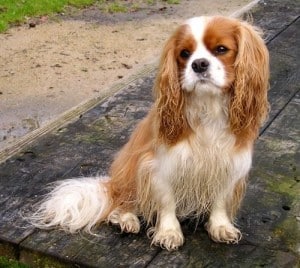 From the desk of Sharda Baker

This is Sharda with another Cavalier King Charles Spaniel newsletter.

How Much Is A Cavalier King Charles Spaniel?

As with all breeds of dogs, prices will vary on a number of factors.

The biggest factor with regards to pricing is the lineage or show history of both the male and female parents, as well as their line.

Cavalier King Charles Spaniels have an exceptionally well recorded history, so it is easy to trace back most of the lines to at least the 1930’s if not before.

Another important feature with the breed is coloration. Since there are four allowable colour combinations, there is a range of colour options for breeders and owners.

The most well-known colour is the Blenheim, which is a chestnut colour with a pearly white background. A small chestnut spot between the ears on the white stripe is seen as a desirable trait.

The tri-colours have to be absolutely matched on both sides, and these two features on the different colours tend to be more costly that the standard Ruby or Black and Tan colours.

Cavalier King Charles Spaniel are a popular breed, but not as popular as some of the other spaniels such as the Cocker Spaniel. Because they are relatively uncommon dogs, they are more expensive than more common breeds.

It is important to keep in mind that there are some genetic conditions with the Cavalier King Charles Spaniels and so purchasing from a good foundation line, free from these conditions is important.

UNITED KINGDOM
The Cavalier King Charles Spaniel is more popular in the United Kingdom than in other countries, since this is the origin of the breed. They are valued as both show and companion dogs throughout the region.

Puppies from pureblood Cavalier King Charles Spaniel parents will range in price from three hundred and fifty GBP, up to over one thousand GBP for a show quality dog.

Championship lines that go back to the “Ttiweh” line of original breeding stock for the Cavalier King Charles Spaniel breed can be upwards of several thousand pounds.

Older dogs with proven show records are rarely sold due to their show record and prestige for the kennel. Occasionally an older Cavalier King Charles Spaniel that is no longer being shown or bred will be offered for sale, and these dogs can make loving pets. They are often sold for less than five hundred GBP.

UNITED STATES
The Cavalier King Charles Spaniel is a much sought after breed in the United States. It is not uncommon for purebred puppies to sell for five to eight hundred dollars if they have some championship lineage. A puppy with both female and male champions in the family will often cost between two and four thousand dollars.

Tri-colours, and the traditional Blenheim with the lozenge spot between the ears are the most sought after colours in the United States.

CANADA
Cavalier King Charles Spaniels are a popular breed in Canada, largely due to the British influence in the country. There are several breeders throughout the country, and many breeders in Canada import puppies from the United Kingdom to add specific traits to the Canadian dogs.

Puppies in Canada will range in price from three to seven hundred dollars, with imported or champion lines being more expensive.

When buying a Cavalier King Charles Spaniel, remember that there will be additional costs besides just the price of the dog. In addition to the cost of the puppy there will be:

It is not uncommon for shipping charges to be between one and three hundred dollars, depending on the distance the dog must be moved.

There are many kennels and breeders that refuse to ship puppies or dogs, and require that the owner come and pick up the puppy themselves to avoid the trauma of crating and shipping.

This can add an additional cost to the puppy but is a wonderful way to meet the breeder, as well as get to spend some time with the puppy.

WHAT DOES THE PRICE INCLUDE?
If you are purchasing a puppy from a reputable breeder the cost of the puppy should include:

In addition many breeders also include:

Different breeders offer different options, so it is important to ask around and make sure that your questions are answered before you purchase your Cavalier King Charles Spaniel puppy.